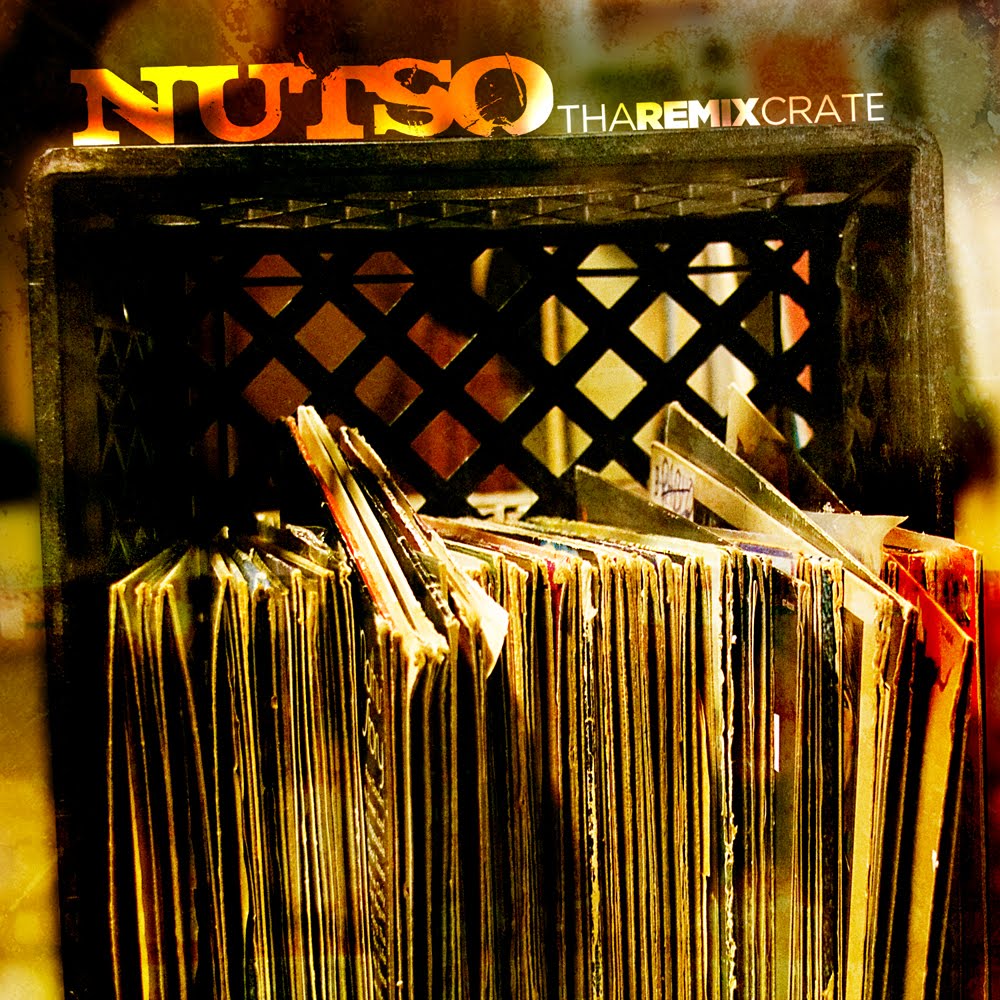 At this point I was already hyped to work with Nutso. A few months later I decided to start working on a 12″ on my own and Nutso was one of the artists I definitely wanted to be on there. I sent him a couple of beats, he picked one and recorded to it. At the end we also got Copywrite to spit a verse on it – „Trapped In A Maze“ was born and would later end up to be on my first 12″ called „My Story Is Yours“ along with the title track featuring Wyld Bunch and Lord Tariq and „Think It Through“ featuring Constant Deviants.

I worked on a couple of other tracks with Nutso during the next year including a joint called „Spit Real Game“ featuring him and Blaq Poet which will be released soon. In May 2010 Nutso released the video to „This Is My Hood“ which, in its original version, was produced by Big Reef whom Nutso has been working with for some time (when you got a minute, make sure to check out their „So Tired“ joint!).

Even though I liked that track, I was always convinced that you could turn this into something more 90´s – especially since both, Mic Geronimo and Royal Flush, represent that Queens signature sound of the golden era – I mean coooooome on, just think about Mic Geronimo´s „Masta I C“…that´s that shit I am talking about!

I told Cuban that I would like to make a Remix of „This Is My Hood“ and therefore needed the acapella. In his response, Cuban told me about a project called „The Remix Crate“ Nutso was working on – a compilation of remixes by producers from all over the world. „I gotta be on that!“ was my initial thought so I started to go through my beat folders on my Mac immediately. After a few minutes I found what I had been lookin´ for – a dope beat that sounded like some classic mid to late 90´s NY shit. That joint had always been one of my personal favorites. I loved the way the different components worked together, loved the whole composition but also loved the way the beat was made:

I found that dope sample on the record above and decided to put a low-pass filter (you gotta love the MPC 3000 for its filters!) on it so it would become a dope bassline

After that, it was time for some simple yet dope drums to create a neck-motivating foundation for the beat

For the verses, I used the same sample as for the bassline but did not filter it – instead I created a simple yet dope chop

In combination with the bassline and the drums, the foundation for the beat was set

Now tell me that the sample and the bassline don´t sound lovely together! But anyway, after listening to that foundation for about an hour, I realized that the hook needed to differ from the rest of the song so I flipped the sample in a different way

Even though this felt right for the hook, I couldn´t ignore my inner voices telling me „something´s still missing!“. I went through my crates until the cover of that french record caught my attention. I knew that joint had some nice female vocals on it and when I dropped the needle on the first joint of the A-side, the bomb exploded. This was it. That was perfect! I flipped the vocal sample into several short pieces and put them on top of the hook sample

Hell yeah, that was exactly what I had been looking for! I vibed out to that beat for another hour until I decided to sample another part from the record to use as a bridge prior to the hook

In retrospective, this and the vocal samples might be those little extra efforts that made this beat so special. I´m not saying that these techniques don´t get used often – I am talking about this particular beat. Without the vocal sample during the hook and the bridge prior to it, it would not even be close to being as dope as it is including those fragments.

Okay, let´s see: Dope verses? CHECK! Dope beat? CHECK! But what about dope cuts? Damn right, there is no such thing as a dope sounding joint with that 90´s flava without dope cuts! It didn´t take a second thought for me to decide who to ask so I got at my brother DJ Danetic and told him I´d need some classic cuts on that track. As always, I could rely on Danetic – a few days later my dropbox was blessed with some timeless action on the 1s&2s. CHECK!

I bounced a raw version of the remix and sent it to Carlos. Two days later I received a response saying that Nutso loved the remix and that I would be part of the „Remix Crate“ project. Two or three weeks later, I called my engineer of trust, Carsten Daembkes, to book studio-time for mixing and mastering of the song. When I wanted to bounce the separated sequences on the next weekend, the worst case scenario appeared: the MPC would not read any of my ZIP-disks.
W H A T T H E F U C K ?! You gotta be kidding me! Should I cry like a bitch or smack random people in their faces like a maniac? I was speechless. No matter how often I would reboot the MPC, insert a disk or pray to any holy spirits on this planet and above, this fucking machine would not read any goddamn disk. Okay, „calm down and use your brain“ I said to myself. And, hell yeah, that damn piece of whatever brains are made of underneath that egg-shaped, shaved piece of meat came up with a good solution: Carsten had a MPC in his studio. Really, Maze, this took you so long to realize? Damn, I feel ashamed it did while writing this down right now. Anyway, a few days later I grabbed two boxes of ZIP-disks (as I, to make it even more exciting, forgot which disk I saved the beat on) and took a train to the studio in Mönchengladbach.

In the studio, I started to insert one disk after another into the MPC, going through up to 32 partitions looking for that beat. And voila – after what felt like at least 153 ZIP-disks, there it was: nothing.

I did not find the beat, at all. Not on any of those freaking ZIP-disk which at this point had already turned into my Nemesis. So, I would drive home empty handed. While sitting on the train, I realized how the rain and grey clouds outside, the crying baby a few seats in front of me and the sad song the one-legged woman played on her violin matched my mood…Okay, there was neither a crying baby nor a one-legged woman playing violin, in fact I am not even sure if it was raining outside – but this would have been the perfect environment for my mental state, that´s for sure!

Two days later, I was looking for another Cubase project when I discovered a certain name in the „recent projects“ window. Could it be possible? Was I hallucinating? I clicked on the project aaaaaaaaaaaand there it was: The beat I had been looking for. Tracked out already, every sequence separately recorded, ready for mixing and mastering. At this point I can let you know what happened: My MPC´s ZIP-drive had been acting crazy for some time already so when I made the beat I was kinda afraid to save it on a ZIP-disk so I immediately tracked it out into Cubase, which – as you can guess – I totally forgot when it was time to get the remix prepared for mixing and mastering. About ten days and a handful of revisions later, I received the mastered version of the remix from Carsten. It was a monday evening and I just came home from school. I powered up my sound system, turned up the volume and pressed play – goddamn, Carsten did one hell of a job. This joint sounded crazy. You don´t believe me? You better check yourself before you wreck yourself!

Needless to say, I fell in love with this track. Yeah, shit like that sounds stupid when you talk about your own music, but that´s just me keeping it 100 with you guys. Fortunately, everybody that heard the song felt the same so I decided to release the remix on a limited red 7″ for the vinyl heads out there. The song made it onto Nutso´s „Remix Crate“ project and was released on a 7″ record – that´s what you call a happy ending! And the moral of the story is: make sure you save your beats properly or you´ll end up singing „Baby don´t cry“ with a one-legged woman playing violin on a train!